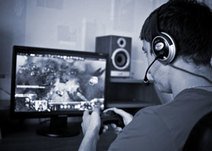 Creating a game has been proven to be a lucrative job. However, not all games are equally created. There are specific games that are really profitable. These are the certain types of games that can be so appealing to the players. When a game can attract more players, its profit can also increase. Below are some of the most profitable games that developers choose to build.

Role Playing Game, which is commonly referred to as RPG, is all about manipulating a certain character or a group of characters in a defined environment. Many players are attracted with this kind of game because of its story and settings that can be controlled.

One of the best examples of a role-playing game is the World of Warcraft, which can be played by multiple players. This game has been an epitome of success because of its achievements in the gaming industry.

The fun of venturing on a quest and getting items and rewards on the way is something that RPG can always give its players. The game promotes social interaction within the defined world. RPG can be played alone in some particular games. However, it would be better to share the fun with multi-player settings of online role-playing games.

Adventure games had a decline in the gaming industry, thus many game developers started inventing an action-packed adventure settings. Hence, the birth of action-adventure games. It attracts players because of the great storyline on the adventure. In addition, this kind of game uses strategies and skills that make the game more exciting to play.

The Legend of Zelda, Tomb Raider, and God of War are just some of the popular action-adventure game titles. Game developers of these three games have created multiple sets of these games and turned them into series. It simply proves the popularity of such action adventure games.

Grand Theft Auto or GTA is also an action game that became so popular among the players. It was first released in 1997, developed and published by Rockstar Games. As stated in the title, the game is related to a criminal trying to commit lawbreaking activities in a big city without being caught. Although it promotes violence, the game has become famous around the globe.

Athletes and sports fanatics will absolutely love sports games. This type of game has a large number of supporters because of its electrifying nature. Sports games are simulation of different sports events. The recreated sports games also include the teams, players, stadium, field, and anything related to the sports activity. The close resemblance of these video games can make the players feel like being in the real game.

There are even sports games that have motion detection sensor to make the game more exciting. The Wii Sports of Nintendo is the classic example of it. The game features different sports such as boxing, bowling, baseball, tennis, and golf. Players may choose to enjoy the game as a single player or invite some friends over by using the multi-player mode.

Sports games can also be played in the online casinos. Since there are gaming sites that serve as sportsbooks, sports enthusiasts may place wager on their favorite teams. There are also blackjack games from online-casinos.ca. The said gaming site is a good source not only of sports games, but also other games. 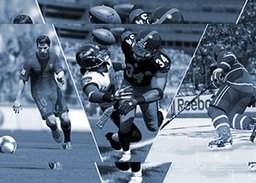 As the name suggests, this game revolves around music. This is a type of video game that focuses on musical score or specific songs. Gamers who are also music lovers can find comfort with the music video games.

There are plenty of variations in the music video games. Players can find the rhythm-based game that focuses on the gameplay. Meanwhile, the freeform music game prioritizes the creation of music rather than the gameplay itself.

One of the successful games in this category is the Guitar Hero. This game series is all about music rhythm wherein players are tasked to match the notes on the screen using the guitar-shaped console. Players need to strum the controller in order to correctly hit the notes. The score of the game is based on the number of notes hit by the players. It has been launched in 2005 with the help of Activision as its publisher.

Real Time Strategy (RTS) games are more focused on the strategies that players can utilize during the gameplay. It allows the players to control the units and structures involve in the interface to succeed on their goal. Most of the time, RTS are all about building a camp, gathering resources, and protecting it against the opponents.

Stellaris, for example, is a great real-time strategy game published by Paradox Interactive in 2016. The storyline of the game is interesting as it takes place on the outer space wherein the game characters are tasked to build an empire.

The types of games mentioned above can definitely make a hit because these are what players usually look for. Although there are already plenty of online playing, action- adventure, or sports games existing on the block, a new game with such theme can still make millions of dollars with the support of avid gamers.