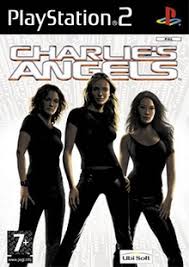 Believe it or not, Lexis Games could probably fill a box full of games that are just not worthy to play. Most of them would come from those rip-offs of movies they were based. There are many games based on movies and television shows and vice versa, however, how the Charlie's Angels were served to the gaming industry is definitely a very disappointing ploy, making it one of the worst video game there is today.

The game is just plain bad because majority of the points that could have made it better definitely lacked a lot. The environment was programmed horribly to the point where it's not even comparable to simple games of the past. Though it's a combat-based game, it definitely has a shortage of action and combat ability for the girls. Yes you could block, jump, kick, punch and even jump-punch and jump-kick or even do a short combo, however, after that is a big period. The thrill stops at a rip-off finishing attach which basically can only happen through sheer luck.

Not to mention, the storyline is definitely not good along with the lines of Charlie's Angels. Topping that up is a plethora of bugs that would render the game unplayable. Even without the bugs, the graphics of the characters are extremely disappointing as well. The redeeming quality of the voices of actual Hollywood stars could have saved it, however, it's plain obvious that there were only a few lines available. You could definitely say that this game is definitely just a ploy to watch the movie as the game is definitely disappointing and not worthy of anyone's 3-hour time (Expected length).